Now Available: Hummingbird II: Getting Behind on the Job 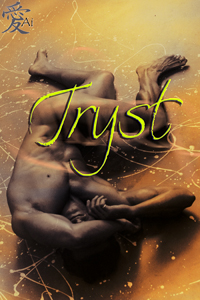 Liam and Kit have been together for years, making passionate love in between saving the world from dastardly villains as the Hummingbird and his martial arts master sidekick, Black Ninja. However, after one particularly harrowing job, Liam goes into existential crisis and Kit fears for his lover’s well-being and for the future of their relationship. When the next crime-fighting job they complete leaves Liam naked and bound in titanium chains by his arch-rival, Kit uses Liam’s bound state to his own wicked advantage, but will the fun they have can save their relationship?

Publisher’s note: This story has been previously published elsewhere.

Just because Hummingbird saved my ass from murderous thugs back in Hong Kong, had hot passionate sex with me, and then got me into the Agency so I could become a master in fifteen forms of martial arts and work as his sidekick, known to the world as Black Ninja, doesn’t mean he had the right to do what he did to my memoirs. I didn’t know at first what Liam’s problem was, but whatever was going on in Liam Connor’s gorgeous Irish head led him to the act that caused our first real fight.

We were taking some R&R after a particularly harrowing job in the Middle East. I had wanted to go to Thailand and bum around the beaches of Phuket. (Nothing is hotter than Liam in a Speedo.) But Liam insisted on India. I could only guess that something about our last assignment had thrown him into a spiritual crisis and maybe he figured that going to India would help him find the answer to what was troubling him. I tried to discuss it with him numerous times, but each time I broached the subject, he’d stare at me, his blue eyes taking on a strange, faraway look, and mutter, “You just wouldn’t understand, Kit,” in that sexy, lilting brogue of his.

Liam’s answer alone was enough to throw me off balance and make me worry that maybe it was me. Maybe I’d done something wrong. Did he not want me as his sidekick anymore? Or worse, no longer as his lover? I couldn’t begin to imagine going back to work in my parents’ rebuilt little grocery store in Hong Kong, hauling crates of vegetables and cooking oil from trucks all day after having spent years with the love of my life, living one crime-fighting adventure after another.

Then, during one particularly sweltering day of trudging around in Calcutta, we stopped at a public toilet where Liam and I shared one of the holes in the ground to relieve ourselves. For whatever reason, Liam’s eye fell on the small notebook tucked into my shirt pocket. I jotted down notes here and there of things I was worried about forgetting when I wrote our memoirs.

“Kit Chang,” he growled, “what the hell are you doing carrying that thing around with you?”

“What thing?” I knew perfectly well what he was talking about, but I didn’t like the sharpness in his voice. Usually, he teased me good-naturedly about not wanting me to write our memoirs, threatening to spank me if I persisted. He’s made good on that threat several times, which has only served to spur me on with my writing, hoping to exact another punishment.

“You know damn well what thing. That bloody notebook. Think I don’t know what you’re doing, sneaking around when my back is turned?”

I stared at Liam. His chiseled face was growing red, having remained relatively pale until this moment, even in the Indian heat. He hadn’t shaved in two days and the dark stubble over his chin and jaw only emphasized his rugged Irish looks.

“Come on, Liam,” I said, “relax. I just can’t let anyone find these. They’re precious. Until I’m finished, I—”

Liam surged forward, grabbed my shirt by the collar and yanked the notebook out.

“Hey!” I yelled and lunged for it, but not before he dropped it into the hole in the ground where we’d just pissed. I knelt down but could only watch, helpless, as my notebook splashed into the shitty, murky depths of that cesspool. It wasn’t actually too deep, probably shallow enough to find the book, but even a superhero doesn’t go fishing in a public toilet in Calcutta.